I know from all posts I’ve read that I’m very far from alone in this and do have that question. (I’m not even sure whether or not moderators will take down this thread or let it be, since I do find it a little odd that I haven’t already come across a thread like this. I do take great care composing a thread/posts that they won’t possibly distress or offend anyone.) I’m concerned some symptoms I’m having are serious, but I have these mistrust and fear issues. My experiences with doctors haven’t been highly favorable to begin with, never mind this travesty. My doctor had prescribed for over a decade and when his group practice was taken over by a larger one informed me, on phone, that the refill he was giving was the last – which, rapid detox could’ve killed me. I’d only known about tapers b/c I’d had a gut feeling that the depression I’d been feeling for 2 years @ that time was due to the ativan, so I’d already begun my research. He’d also overprescribed, which I hadn’t taken full amount, so I’ve had a reserve to do my dry cuts…

I’ve been experiencing many w/d sxs; won’t go into all the details here; anyone wanting more back-story can click on my username and look through my posts history. Since August ’18 have experienced steady weight gain (especially in truck of body) and pain in right ankle. I don’t remember twisting it; but it’s possible I did. Since end of December, everything’s much worse, & which I’ve attributed to w/d with decreasing amounts being in my system & all the poisons having to be expunged. I can’t, though, ignore how much worse the right ankle pain is (the only time I’m not in pain is when asleep, blessed relief/hard to come by), along w/both calves swelling now & the calf skin being tight & shiny. Now, I’m thinking the additional weight gain may all be water-retention (esp. as I’ve been slim whole life & so were parents).

My concern is that this may be heart-related, as my blood pressure had been borderline high & it may have been the ativan keeping it even at that level & not higher. During this same time period, a loved one had awful experiences of her closest loved ones & their ultimate demises; one of whom had much swelling w/skin weeping & an awful 2-3 months before he was finally granted the ultimate respite from a higher power, but not before doctors/hospitals tortured him further. I know how much she detests and reviles doctors now, too, from those experiences, but that she does keep her own doctor appointments. Hearing those experiences, combined with my own already existing ones during this same time period, I’m more mistrustful and fearful of the medical community than ever. I do have a call out to her (leaving out the exact specifics, b/c even w/her, I’m afraid she’ll just advise going to dr. or hospital) asking how she gets over any of her own feelings in order to visit a doctor at all. She’s actively grieving (& why I’d hated to pose this question to her at all, but did it as obliquely as possible, b/c I know she’ll be concerned about me & she’s been though enough) – so, I don’t know if/when I’ll hear from her… 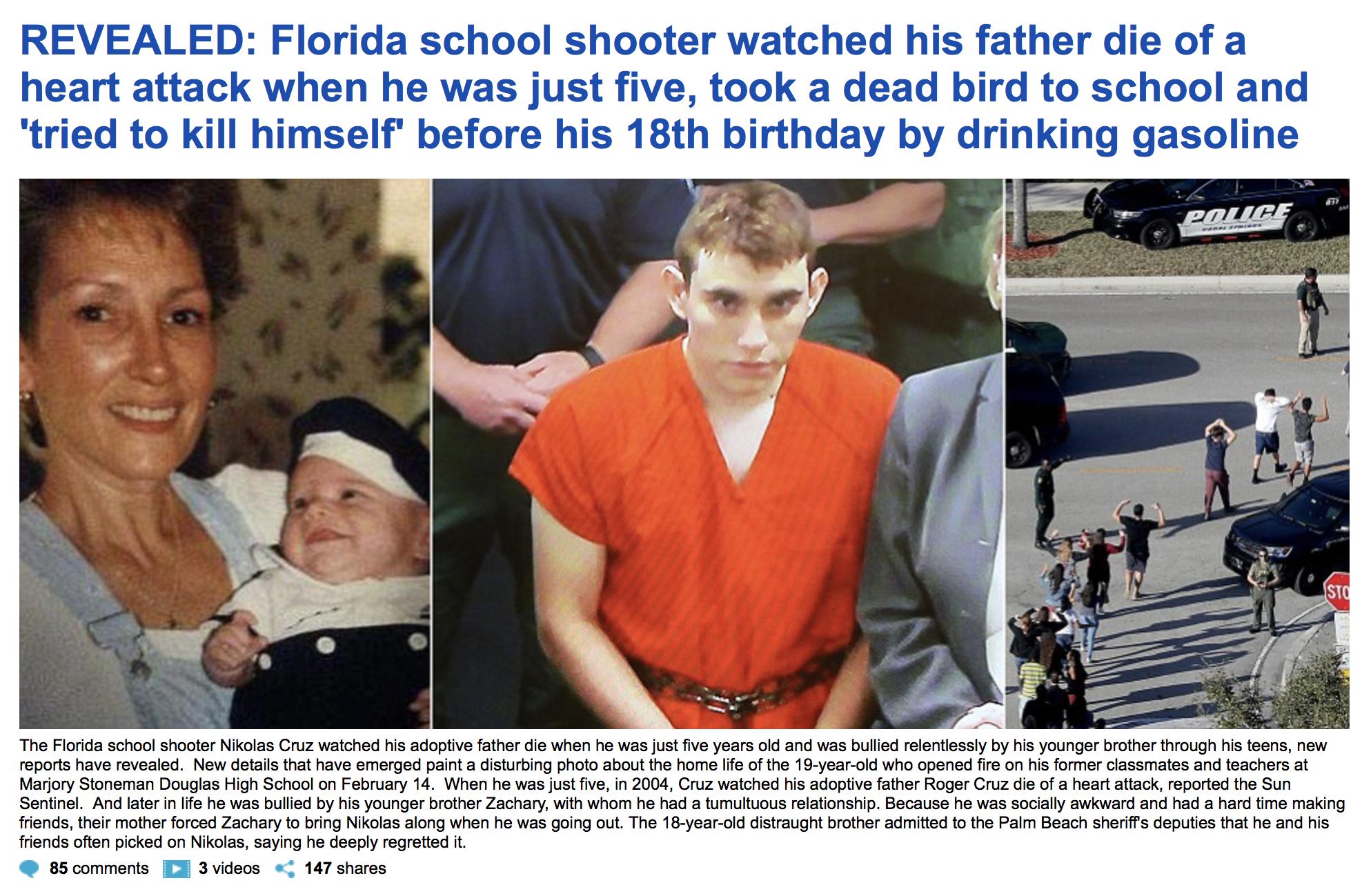 Should patients set their smartphones on record before meeting with their doctors? Interesting. Here’s an article about it…

Is this a way to keep doctors honest? Or will it just shut them up to the point where they can’t do their jobs? Is it even legal to record a meeting with your doctor without first informing them?

Reminds me of the guy who left his phone on record while he was unconscious during a colonoscopy and recorded the doctor and attendants crudely mocking him. He was awarded $500,000 by a jury.

I wonder how many of us have been mocked by the professionals we see? Well, what we don’t know will never hurt us, I guess.

Yesterday, I was picking my my Valium rx at my same old chain grocery store pharmacy and a new pharmacist was working. The pharmacy technician was ringing me up and the pharmacist came over and said, “You actually take these all at once?” (10mg pills and 2 mg pills, totaling up to 13mg a day).
I said, “No, I split it up into 3 doses through the day”. She looked at me like I was crazy. I told her “I’m tapering down and if you look at my history, I actually started at 20mg about 2 months ago. I’m under the supervision of a doctor and trying to get off this medicine.” The rx is even written out, “To be taken in 3 doses through the day”.
She said, “Aren’t you just super drowsy all the time, how are you walking around?” I was so befuddled.
I just smiled and said, “I’m doing fine, thank you for asking.” Signed for my rx and left. The nerve! This was the actual PHARMACIST!

What I wanted to say, “Lady, my body is begging for more of this damn medicine, I’m FAR from drowsy or even tired. Actually, I feel like I could climb a wall or jump out of my skin.” Oh well. She’s not my judge, she’s not my dr. I’m sure they see people on much higher doses of valium than 13 mg a day! I am not almost 40 years old, it shouldn’t be a shocker to see a grown woman getting a rx filled monthly, with monthly visits to the same dr, lowering doses!

Anyone else ever encountered a judgey pharmacist?

I’m starting to really dislike the doctors and pharmaceuticals . I have been suffering so much for the last 9 months , even though I do have good days but they symtoms are so constant . I’m very nice and caring person but I’m starting to lose respect and dislike the doctors . I know that there are good doctors but I and others in benzo buddies have suffered so much . Doctors Need to be more careful when giving out drugs especially like this one. I know the milk has spilled and I need to be in perspective but I’m a bit angry at them doctors today . Sorry for this negative post . My head hurts so much I can’t read. I’m in disconnected every waking second. Doctors please next time when you prescribe something please be careful . I know it’s business and money but these drugs have destroyed and destroying so many lives . There Are more to life than money such as happiness .

Good article LorazepamFree. I ran into one psychiatrist who incorrectly diagnosed me based on an intake form, even before talking to me, and immediately recommended a high amount of anti-depressants. He said I had to get sicker to get better and called himself “Nurse Ratchet” (like the one in One Flew Over the Cuckoo’s Nest movie) and would strictly monitor whether I was taking the drugs. He didn’t care about the fact that I was in tolerance withdrawal from benzos. I was stunned and resisted, so he got mad and stamped his feet and told me to listen to my husband (he was stunned, too). Unbelievable-never saw him again

Fortunately, my other counselors have been compassionate and helpful. One of them said that “Nurse Ratchet” shouldn’t be practicing. I hope sites like madinamerica can help bring awareness to patients and providers alike. “There’s no such thing as a ‘low dose’ especially when you’ve been on it SO LONG! I see you say for patients to educate themselves but unfortunately you are not educated on the long-term effects of what has happened to your body by being on them for 30 years. If your doctor cuts you off, you will find out really quick how sick your body really is. Come join the 20,000 of us that have had so much damage from these drugs!” – angelaandgijoe1

“Benzobuddies don’t have 20,000.00 at point, but they have had about 20,000.00 since they started a little over 10 years ago. Right now I think they have about 1500. That includes actually members and those that ‘peep’ in through the curtains.” – Shelly Ann

Benzo Buddies has a few hundred – tops – members that participate (most make between 1-5 posts and leave). They do not have 20,000, or even 1500, active members. Colin, and anyone that believes his hysterically padded membership rolls, is delusional.