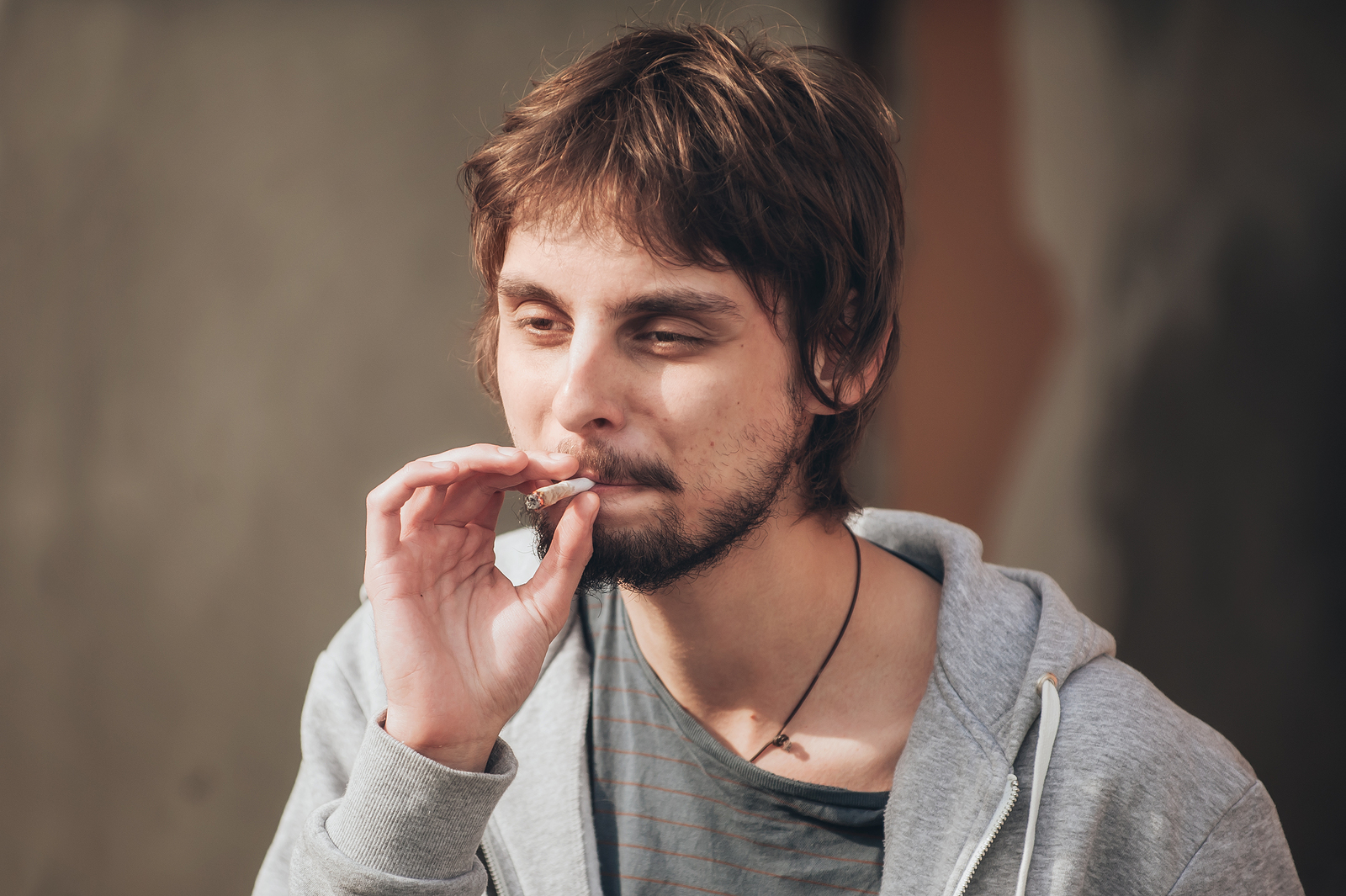 Hello to all of you

I am extremely happy I found this forum.

I am 35 yrs old male single. I was diagnosed with depression/ADD/ADHD when I was 17. The dosage I consume is very consistent throughout the years, 1 benzo and 1 anti depressant. Two years ago, I discover weed reduces my anxiety and sleep so much. I started to hang out with pothead friends then I found out benzo is @(*#! I cold turkey 17 months ago and I created a new habit of smoking pot. Everyday, all day none stop. A year ago, I didn’t smoke for a month and I still had serve symptoms. So I continue to consume cannabis ever since.

family and friends are the biggest joke ever
2019 we communicate with our fingers and eyes on screen, I can’t stand the fact that people don’t reply or take my messages seriously. I get extremely upset that I would just give up and block the person right away. Why not call?
suicidal thoughts
severe repetitively negative thoughts
especially on tinder ( dating app ) I talk to ppl with respect but I get mistreated, like super mad with these girls. I know their mindset is not very healthy to begin with. Anyway I deleted the app yesterday.
tons of childhood memory came back
unable to maintain any relationship
fear of going out
takes a lot of effort to do a simple thing. ( going to grocery store, food )
is it weed or is it benzo withdrawal
nobody understand and sometimes I think I am crazy
feeling hopeless
tire, fatigue feeling all day
I do get this weird feeling coming back and forth. Sometimes it’s not obvious so I don’t know how to describe it. All of sudden my chest and heart have this tingling feel. It is hard to breath and then it’s gone.

For the past one and half year, I didn’t do anything. Blaze and youtube everyday. Whenever I tell someone my benzo withdrawal. They couldn’t understand and most of them want to argue with me. I don’t have any friends anymore, I don’t talk to my family.  Sometime, I feel extremely lonely but I am so afraid I will end up any relationships. I can’t afford to loose more friends. Is it me or is this benzo withdrawal?

I only take 1 benzo and 1 anti depressant a day. Like the tablets we see from normal pharmaceutical drugs.

My apology for the long and boring words. It’s just so much anxiety even typing these out.

"This is more evidence that the link between cannabis and psychosis matters," a clinical neuropsychologist says about new research in "The Lancet Psychiatry." https://t.co/wkXlPBcKYp

So, I […] in NV and recreational pot is now legal. From everything I read, it appears it isn’t directly linked to gaba. In fact, one site stated it puts the body in balance. Everything in moderation, of course. I will try some and see. Anyone

Hi, I’ve found cannabis to be very effective for Benzo withdrawal, as well as a host of other issues. Check out the support groups. There are lots of people who chime in on marijuana use, and it’s benefits.

I use it at bedtime and it puts me to sleep fast.

“So perhaps you’re wondering, once a year, or two, or three go by off benzos or antidepressants or antipsychotics or whatever chemicals have been foisted on you, will you still have to be vigilant or can you dive fully back into your ‘old life’ again? Can you pound coffee or smoke weed or drink socially, or have a stressful job or commute, or eat foods with lots of MSG and not blow out, not have a setback? Can you overextend yourself physically or mentally or emotionally without incurring ‘the wrath’?” – Matt Same

“I only passingly flirted with psych meds myself but I did a fair and regular share of weed, coffee, alcohol, psychedelics, and the occasional benzo, opiate, and even friends’ neuroleptics (to help me sleep off binges) for several years.” – Matthew Cohen

Quote from: [Buddie] on December 02, 2013, 01:15:38 pm
I have a guess. A guess is all it is, so please don’t jump on me. It is possible that his relapse was not what he says it was. He might have an underlying condition that led to his initial benzo use, and has now reared its ugly head again.

He would have us believe that his healed nervous system was so fragile that seven years of abuse crashed it again. That’s a possibility, but I can think of other things that might also explain it.

Obviously I don’t know. But why should we all get freaked out and worried that we will never truly recover 100% and will always have this hanging over our heads if we drink too much coffee? As long as it’s possible that his problem was not simply a return to withdrawal seven years later, why should we worry about it?

I don’t think Matt Samet did the benzo community any favors by scaring the hell out of us. As long as there are other possibilities, I choose to ignore Matt Samet’s claim that we never really recover from benzo use. On average, I’m sure we are not all like Matt Samet.

Matt Samett has written about smoking marijuana and this is a HUGE no no when it comes to the post benzo brain. Marijuana is like taking a sledge hammer to your brain’s GABA receptors. The caffeine probably didn’t do him any favors, but caffiene wont reset you back to square one benzo withdrawal. Alcohol and pot however will launch u back into benzo withdrawal.

As for Matt’s claim that we never fully recover…he’s eight. We heal and gain back the ability to live our lives but the regenerated GABA receptors are fragile and genetically different than the original ones we were born with. One smack to these fragile receptors and ur right back in hell